When a dog is not man’s best friend

When a dog is not man's best friend

Connell from Survival Edge speaks on how to evade scenting dogs in the event they are on your trail. 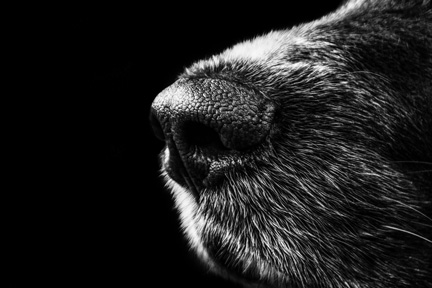 Most of us think of dogs as our companions. Friends that will love us unconditionally, so long as we feed them, exercise them and love them. But for some people a dog can be an enemy. One that can attack and even kill, one that can discover hidden or illegal substances or one that can smell human scent. In this article I will look at dogs that use their noses to scent humans and to track them down.

The most common and best known of the human tracking dog breeds is the bloodhound. Bloodhounds are the ultimate scenting dogs and there are packs which are used for tracking all over the world. Their origins date back to the Middle Ages in Europe, where they were originally used for hunting deer and wild boar. It is impossible for us to really comprehend just how good these dogs are at scenting and tracking humans. They can detect human scent days after a human has passed, they can scent over water and they can do this over long distances. And, here is the thing, they are tenacious and perfectly designed for scenting and ‘trailing’ their target. They are so impressive at doing this that in some places in the world their results can be presented in court and are admissible as evidence.

Everything about the dog is designed for scenting, including its face, ears, shortish legs and long strong neck. However, what makes a bloodhound so exceptional is its nose or rather the olfactory (scenting) area inside of the nose. In humans, this area is about the size of a postage stamp, in bloodhounds it is the size of a handkerchief. Physiologically, the number of scenting cells inside the bloodhound’s nose is about 300 million, compared to a human’s which is about 5 million. In real terms, means that this breed of dog, under optimal conditions, only needs to detect one or two human cells to lock on. Even more impressive is that these dogs can scent discriminate and lock onto the target scent once it is known by the dog.

Humans shed about 40,000 skin cells per minute, approximately. The longer a person stands in one place, the stronger the scent becomes. It is this skin shedding that is the principal method of tracking that the bloodhound uses. The record for picking up and tracking a scent is held by a dog that found a family dead 330 hours after going missing in Oregon. That is nearly 14 days later!

Most of our knowledge, or preconceptions, about tracking/trailing dogs comes from Hollywood, from such films as Cool Hand Luke, The Shawshank Redemption and others that feature these dogs sometimes give the impression that they are easy to fool. In reality, they are not. In experiments, trained and experienced dogs tracked human subjects successfully 96% of the time. From our armchairs it is easy to think that we can distract these dogs. We may think that we can use peppers or other chemicals to disrupt their noses. We can’t, and a dog will simply work through them. We may think that we can use water to mess and disrupt our scent, but this barely slows the dogs down.

Joel Lambert, ex U.S. Navy SEAL and star of Manhunt/Lone Target, and I recently had the experience of being chased by bloodhounds from a police bloodhound unit in the USA. This episode of Manhunt/Lone Target was the last to be filmed in season two and it was the one that we most wanted to win. It was also the one that caused us the most concern. We strategized and planned during the preceding weeks and, like most people, made some assumptions that proved to be misguided and, in some cases, and downright wrong. Now, I have been hunted by dogs before during a number of escape and evasion exercises, both in the UK and in Germany, and Joel had been up against dogs during Season One in Poland, but they were other breeds. These were mainly German shepherd dogs, which are not dedicated scenting dogs and easier to evade than bloodhounds. Going up against these dogs was not only going to be a challenge if we were to be successful, it would also require a sound strategy and a certain degree of luck. The details of how we did will remain a secret, but I can reveal some of the considerations that we took into account and some general guidance.

I should state at this point that the police bloodhound unit we were up against do not come up against soldiers with training in escape and evasion. We were not criminals running for our lives, but professional ex-soldiers who have served with elite units in the U.S.A. and UK, and have had some excellent training in Survival, Escape, Resistance/Recovery, and Evasion/Extrication (SERE). Some of the emotions and tensions that a person on the run exude are easily detectible by scenting dogs. We on the other hand, were cool and calculating. We were not intimidated by the dogs, and we had pre-formed strategies that we could implement depending on the environment and the opportunity.

So, here are a number of things to take into consideration and some general pointers:

Be under no illusions, these dogs are hard to evade and frankly bloodhound units are very well trained as are the dogs. A certain amount of luck goes a long way. There are some techniques that have not been discussed and will remain in the domain of the elite units, but generally speaking and if you consider the measures above, you will give yourself the best chance of being successful.