Survival is about the culmination of many little steps. Isler talks about the denial many people experience in the face of possible disaster, and some small ways anyone can get started surviving. 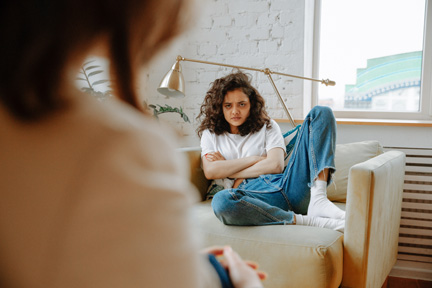 Statistically, the United States ranks second in countries with the most natural disasters, according to statista.com. According to fbi.gov, recently there was a 4.1% rise in violent crime in the U.S. totaling over $1.2 million. There is also the continued looming and growing threat of domestic terrorism that must be considered. According to an article by the Washington Post, “a Federal Emergency Management Agency (FEMA) survey found that nearly 60 percent of American adults have not practiced what to do in a disaster by participating in a disaster drill or preparedness exercise at work, school, or home in the past year. Further, only 39 percent of respondents have developed an emergency plan and discussed it with their household. This is despite the fact that 80 percent of Americans live in counties that have been hit with a weather-related disaster since 2007.” Even with all these facts, it seems that to most Americans still don’t pay attention. FEMA highlights that people still choose to be oblivious, nonchalant or just plain irrational about the importance of preparedness, even on a small scale and although faced with real facts and life altering disasters that have touch us, friends or family members. In my research, I have found names for this behavior like “Normalcy Bias,” which is explained as a way for the brain to deal with a traumatic experience by leading us to believe all is okay or believing that bad things will never happen to us.

A much more common, longer used and more direct name for this type of behavior is, “Denial.” According to Sigmund Freud, a 19th century neurologist, denial is classified as a defense mechanism. He categorizes denial in 3 main categories.

First, simple denial. Often, when we hear about traumatic or stressful situations, we hear the phrase from the people who lived through them: “I couldn’t believe this was happening to me.” Sure, if you are like me you, have thought to yourself “well, why could you not believe it was happening? Bad things happen to good people all the time?” I believe that which has happened in our society is that people’s lives have become so busy, disconnected and full of alternative options that it becomes more and more easy to consciously and subconsciously avoid negative experiences. Slowly, our lives become one sided allowing us to experience only the things we feel are pleasant. When we feel something may be unpleasant, we avoid it or remove ourselves from it. This creates the illusion that we are safe from the things that we don’t want to happen. The illusion that somehow we are in complete control of our total experiences in the world.

However, when the unavoidable truth of something bad happening interrupts our lives, we can’t believe it is happening because it is not something we chose to happen. An easy example of this is something we do at our martial arts seminars. We sometimes use aggressive language with people who normally don’t deal with this in their life. The result is that people freeze, or they need a break because they simply aren’t used to the projection of energy given off by aggressive language. People just cannot believe that it is real when something like this happens because it is not their normal reality. So, they deny it and usually that means they don’t act. This happens in survival and disaster preparation as well. People are so far removed from the idea that they will not have water or power that they choose not to prepare. This is because it is not a real threat to them, since they have never allowed themselves to be in a situation like this, which leads to not believing a situation like this is possible.

Second is minimization. My first overwhelming experiences with this were in the Army. From everything to jumping out of planes, to getting an ankle twisted very badly while on a night land navigation course. In order to keep up with the group, a soldier would often minimize his or her injuries. “Yeah, I hit the ground really hard and landed on my hip weird; it hurts but I’m okay,” as they are barely able to walk away. When it comes to disaster this happens when people repress situations they, or their families, lived through. You will know what I’m talking about if either you, or someone you know, lost everything in a flood or lost heat and power during a storm. Immediately after you suffered through it you probably told everyone how horrible it was and how you, or the person you know, was on the precipice of not making it, but then help came or things were restored. The difficulty is made clear, yet after a few months have passed it just becomes a cool story. One that after each time you tell it, the power of the experience becomes more a fairytale and distant, than a real event that lasts in a way that invokes action to minimize it from ever happening again.

The survivor who uses the minimization type of denial when telling stories about distressing situations in the past make statements such as, “yeah that was a little scary, but I was fine.” However, the people who talked to them after the event heard a very different story which normally sounds way more dramatic and dyer.

Repression is tempting because few want to remember their hardships, especially hardships that were made significantly worse based on their lack of action and preparation. It then becomes a cycle because, instead of acknowledging this fact using it to act, they avoid the truth as a way to not have to acknowledge their failures.

Thirdly is projection. It has happened so many times that it has become like a bad joke. A storm is reported to be moving towards an area and the people are warned to leave that area. However, instead of leaving the area the people choose to stay. Segments on the news show locals stating, “I don’t think it will be that bad,” or “I’ll just ride it out.” Then the storm comes, and those areas are decimated and some of those same people end up on the news complaining about how long it took for rescue to come or how little help they are getting when it comes to medical care, food and shelter. Those of us watching feel bad for them but often wonder why they didn’t leave when the warnings went out, or at least prepare. The answer is summed up in a word, but it is not simple at all. The reason some of these people chose to not follow the advice of officials is called “projection.” Projection, as mentioned earlier, is a state of denial where someone acknowledges the seriousness of a situation but refuses to take action or responsibility. Common aspects of how projection can manifest are as follows:

There are some Simple Solutions. People will argue many points about why they aren’t prepared and as I’ve shown earlier in this article, it can often just be denial. Let me first state that it is okay to be skeptical about what could and will happen, but to flat out deny things that are happening and that have happened is where things become unhealthy and dangerous. You don’t have to become a disaster guru or a doomsday prepper to be prepared for a natural disaster. All you need is a slight change in mindset and small actions that will lead to big results if something does happen. Below I list four small things you can do to help defend yourself against this unhealthy “disaster denial” and to prepare for a possible storm:

As we become more technologically advanced and wrapped into our digital reality, our physical reality becomes much less pressing. We don’t experience danger the same way or fear the same way. We are quick to remove ourselves from environments we don’t enjoy or that make us uncomfortable. Our new belief is that real is only what we want real to be, and facts are only what we choose to believe. Unfortunately, when life and nature show us the contrary, we find ourselves grossly underprepared and at a loss. Not because we were not warned, but because we chose not to act and to deny the reality of nature. Unlike our ancestors who focused heavily on nature to survive, modern people lack the need to listen to what nature has to say. This is due to the artificial environment that we have created, which allows us to hide from the voice of nature until she throws a disaster tantrum that can’t be ignored. It is then that we recognize our mistake; when it is too late. So, I ask you, “what are you going to do with this knowledge? Will you shrug this off as a good read, or will you plan for a brighter future in your darkest moment by taking some small steps to prepare yourself for what could come?” Today is the day you no longer deny it, but you defy it! Be as ready as you are comfortable with; just start your preparation!