Rated by the U.S. Army in seven foreign languages, Hawke gives some advice to pick up languages quickly and effectively, and their major applications to survival. 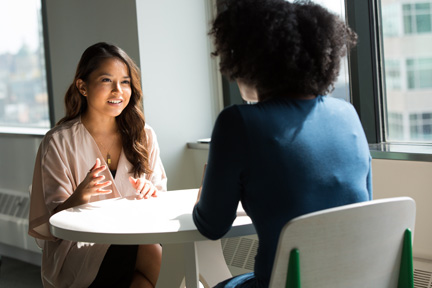 When it comes to survival, prepping and readiness, an often overlooked but seriously critical skill is language. I know what you’re saying: how is a language going to help me survive? First off, it sure won’t start a fire, admittedly, but let’s look at how it might just!

Firstly, if you are not leaving the country, how can a foreign language help you survive? Consider the possibility that you are lost. What if you are hurt and need help from a stranger who does not speak English? What if it is a mass disaster and good folks bump into you but only speak Spanish or some needy people are trying to steal some supplies because they don’t know how to ask to barter or trade? Language skills at home could actually save your life or help others in circumstances like these.

Now mostly, in the United States, Spanish is the best foreign language to study as it has the most potential for use, but if you are in Louisiana or the Northeast near Canada, French might serve you better. On the West Coast, Chinese might be the preferred survival language to study. In any case, asking for a lighter in the language could indeed help you get a fire started. Touché!

Secondly, and most realistically, you only need a second language when you travel, right? Most people who start studying a foreign language get put off shortly thereafter for one main reason: time. It simply takes too long to get functional. Unless it’s a serious passion or professional pursuit, life often demands our attention in areas that will have a more direct impact on us.

I propose the reason it seems to take time is technique. Most teachers and written instructionals operate on the logical premise that you want to become fluent. That demands a strong foundational base which requires a lot of time. In short, they start with the alphabet, then grammar rules and it could be months or years before a student gets to really use the language.

As a former Green Beret, we would often be deployed on short notice to strange locations around the globe, often where no one spoke English. Frequently, we did not have an interpreter or linguist on the team with that language, as well as no translator and, back then, no software or apps. This made for a lot of challenges and misunderstandings. Sometimes with hilarious results and sometimes not so much.

I spent a year in language school for Russian and was an honor roll student. I was then sent on emergency missions to places like Turkey and had to quickly learn that the language as well, since we had no team interpreter, or “Terp”. After a few of these missions, I quickly saw that there was a pattern of what was actually needed. I then set them down on paper and saw a pattern of how to speak completely functionally. It was not perfect, but it was mostly grammatically correct. I certainly wasn’t going to sound like a native, but I wasn’t trying to be. Often, I spoke like a simple child, but ALL my thoughts could be conveyed, and my mission could be accomplished. That’s the way learned how to learn languages fast. It still requires some time and effort, but it’s not hard and you can start functioning on day one and in one week you can communicate the basics!

There are many books, apps, CD’s and DVD’s on how to study that teach you the language info you need. I’ll cover some of those, shortly. However, the secret to learning a foreign language quickly is use. How does one use what they don’t know? Learn it, but not in the conventional way. Learn it the guerilla way; the stuff that matters.

If you were to analyze your own vocabulary in the course of a normal day with family, friends and co-workers, you would find you only use about 200 words. So, why not focus on those so you can speak in another tongue? I won’t get into what nouns and verbs and adjectives and adverbs are or into a lot of grammar, those are for the books. However, what you need are a handful of nouns- like the word for “people,” “place” or “thing”. After that:

After that, you will need to start with only two conjugations-

Many languages have a root verb that changes according to who says it.

We’re almost done! Next, you need a few key words that convey the sense of time. Words like “now,” “later,” “today,” “tomorrow,” “yesterday,” “before” and “after” are great for most things.

Really important are the interrogatives: the questions! Who, what, when, where, why, how and how much! With these, a few pointing fingers and a map, pencil and paper can go a long way! Then make a list of key nouns you’ll need like food, water, help, etc.

Finally, it never hurts, and always helps, to learn how to say please and thank you! If you open every time with “please” and close with “thank you,” no matter how badly you hack their language, they will know you are foreign, see you are trying and hear that you are polite and will often help. The last thing here but the first thing you should do, is learn the traditional phrases like “hello,” “goodbye,” “my name is,” “What’s your name,” etc.

Putting it all together, it may look something like this:

Hello, my name is John/Jane. I need water. Where, please? Thanks.

Bam! Day one, speaking and communicating. Now, pick your language and let’s look at some tools to help get you there. An hour a day is a good start.

A dictionary is key but start with a kid’s one as it will help you learn how to pronounce and conjugate and provides simpler words to use.

A phrase book that shows the language, your language and how to pronounce the foreign language letters in your own language. Letters are vital to faster learning.

Buying some slower music, maybe even kid’s songs, is a great way to help your ear and brain adjust to the language and pick up words. Download them on your phone or computer and listen whenever you can.

I recommend watching some kid’s shows in the target language. Buy some DVD’s or watch some online and download them onto your phone or computer so you can watch them when traveling or not connected to the net. Also, if you have satellite radio or TV, try to find that in your language.

There are so many great apps for learning languages and a lot will depend on if you want a free one or to pay for one. Usually, the premium ones you pay for are ad free and work better.

Even if it sounds like machine gun rapid fire, the more you listen, the more your brain gets attuned and reprogrammed to pick it up. It’s called passive learning and writing, or speaking, is active learning. There are apps that can see the language with your camera, or ones where folks can speak into your phone, and it will translate the words. These are awesome, but often very slow and flawed. Plus, if they are not connected to the net, they don’t work.

As a survival guy, I recommend a few of each. It is especially important to have apps that work offline, to always carry a tiny dictionary with real, grown up, words and a small phrase book. Often, a good person who sees that you need help can find the word in their language, and then show it to you. This way, you can work it out together.

Lastly try “long haired dictionaries” and/or “six pack dictionaries.” I.e., People. One of the best ways to learn is with another human being. For single folks, this can be awesome even if sometimes frustrating. Nothing motivates you better than to want to speak to someone you care about and nothing helps better than someone who cares about you. Smarts are a factor here. Some other notes:

With Translators, whether you are using a translator for professional or personal reasons, it is important to pay attention. You want to learn from them while they speak, of course, but you also want to make sure that they actually understand you! If you offer a dollar to a beggar for example, and you watch your “Terp” make mean gestures and then see the potential recipient get angry or afraid, then you know something isn’t right! It may be that your “Terp” is from a tribe that hates the other person, and you just joined a war, or it might be a simple misunderstanding and your words asked for a dollar instead of offering one.

With Gestures, some can get your butt kicked or get you into a fight and then in jail; where you may even be executed. A simple “OK” sign in America is calling someone an “A” hole in other countries. Do your homework.

With cultures, another thing that can actually get you killed is to not study the culture of the language you are using. Some places, get highly offended if you stop and ask a woman for directions for example. Be smart! Learn the signs of other cultures if you plan to travel there. Not everyone uses U.S. & EU style signage.

Also, some cultures yell as a way of communicating. Don’t take it personal and get offended. And please note, yelling doesn’t make them understand you any better. Don’t get frustrated and become the ugly American. Learn, be patient, stay calm and expect mistakes. Have a good sense of humor! You will get through it and may make some lifelong friends along the way. But for sure, with some language studies, your chances of survival will increase and you may live to tell many funny tales!